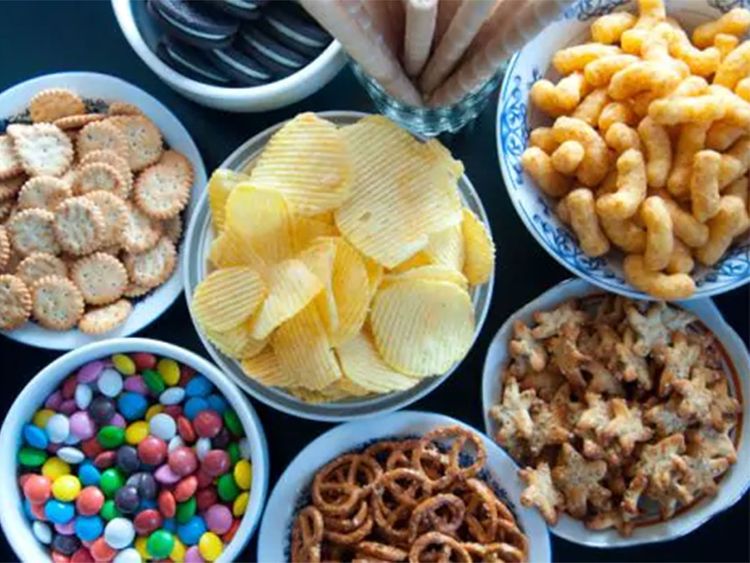 New Delhi: No more junk food — chips, fries, pizza and even “gulab jamun” — for sale in school canteens and stores near schools. That’s according to a draft regulation India’s central government issued recently.

The Food Safety and Standards Authority in India (FSSAI) announced in a gazette a draft regulation calling for a ban on the sale of junk food in school canteens.

The ban reportedly covers the sale, distribution and advertisement of junk food within 50 metres of a school campus, including in the school canteen and hostel kitchen.

According to the announcement, “junk food” includes:

“The draft was in the works for sometime but this is the first time that it has been formally notified,” Pawan Agarwal, CEO of FSSAI, was quoted in the Indian media.

“The challenge lies in defining junk as it is a very loose term. What we are looking at is prohibiting ready-to-eat packaged food that’s high in fat, salt, and sugar in and around schools,” added Agarwal.

The initiative will come in to force in December, according to Indian media reports.The authority also said the prohibition would extends to advertisements of junk food at sports meets.

What is junk food?

Junk food is unhealthful food that is high in calories from sugar or fat, with little dietary fiber, protein, vitamins, minerals, or other important forms of nutritional value.The draft also prohibits sponsorship from brands selling food and beverages with low-nutritional value such as carbonated drinks, chips, pre-cooked packaged noodles, fries etc at sporting, school and other events for children.

The ban is part of the “Eat Right” campaign by the FSSAI.

What is gulab jamun
Gulab jamun (also spelled ‘gulaab jamun’) is a milk-solid-based sweet from the Indian subcontinent.
It is made mainly from milk solids, traditionally from Khoya — milk reduced to the consistency of a soft dough.
Modern recipes call for dried/powdered milk instead of Khoya. It is often garnished with dried nuts such as almonds to enhance flavour.
Gulab jamun is popular in India, Nepal, Pakistan, the Maldives (where it is known as gulaabujaanu), and Bangladesh (where it is known as golap jam), as well as Myanmar.
It is also common in Mauritius, Fiji, the Malay Peninsula, South Africa, and the Caribbean countries of Trinidad and Tobago, where it is called Rasgulla, Guyana, and Suriname.

The draft is a 10-point charter that prohibits sale or even promotion of “unhealthy food items” in schools and near by schools.

Apart from banning junk food in schools, FSSAI has asked schools to ‘adopt a comprehensive program for promoting Safe food’.

The FSSAI said it seeks to promote nutritious, wholesome and safe food among school children.

Experts feel if junk food is unavailable in schools, it will help in cutting down its intake among children.

Experts feel if junk food is unavailable in schools, it will help in cutting down its intake among children.

“I have worked with schools and seen how eating habits of children improve for better if junk food isn’t available in the kitchen. A plate of rajma-chawal is any day better than a burger or noodles. About one-thirds of a child’s nutritional requirement is met in school, so what a child eats in school plays an important role in their healthy growth,” says Ritika Samaddar, regional head of dietetics at Max Healthcare, told the Hindustran Times.

The state food authorities will conduct surveillance and periodic inspection to ensure compliance, and failure to comply with the regulations could lead to action against the defaulters by the state education department or the affiliation body.

Considering the rising incidences of obesity among school goers that makes them prone to lifestyle-related disorders later in life, the Delhi high court in 2015 had directed the central food regulator to form regulations for healthy diets for school children.

The recently-released government report on adolescent nutrition in India found half of the country’s adolescents (10 to 19 years) — almost 63 million girls and 81 million boys — to be either short, thin, overweight or obese.

What Time Does ‘Survivor’ Come On? Everything to Know About ‘Heroes vs. Healers vs. Hustlers’